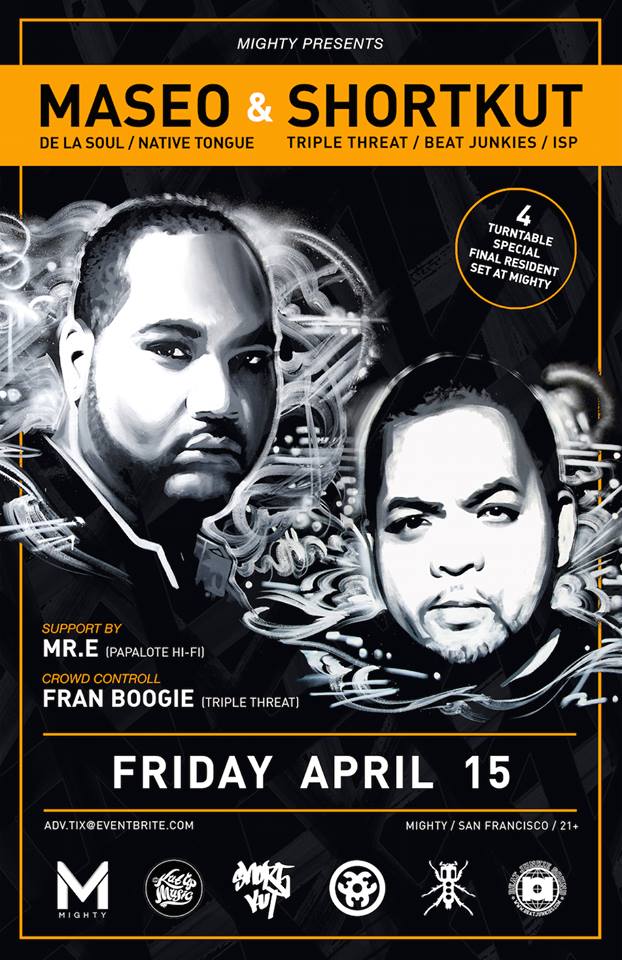 Tonight (April 15) is the Last Hip Hop Party at Mighty SF. Yes, people….it’s the really the finale at The Mighty SF. The venue has taken new ownership and will be going through some changes. This is our very own Shortkut‘s Bay Area Residency for the last 7 Years….so to go out with a bang, he brought our big brother, Dj Maseo aka Plug 3 aka Vinny Merlot of the legendary De La Soul to rock a 2×4 set with him all night, plus opening set by Papalote HiFi‘s own Mr. E & the one & only Fran Boogie handling the mic duties! For tickets, go to eventbrite.com. You won’t wanna’ miss this! Shoutouts to Derek Hana & Carey Kopp for their time & service to the Bay Area Music Community! 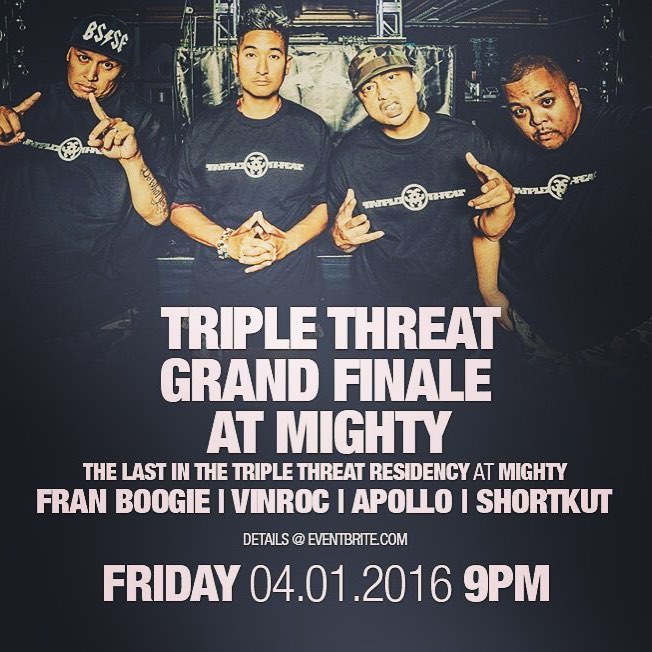 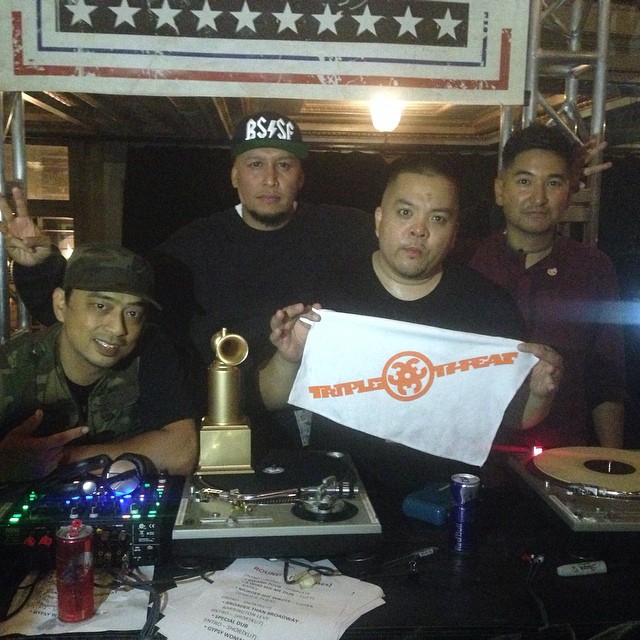