This Saturday (March 19th), the Stones Throw crew will be doing a special showcase at SXSW in Austin, Tx. Head honcho Peanut Butter Wolf, our very own J.Rocc, the incredible Karriem Riggins, the dynamic duo of Anderson.Paak & Knxwledge aka NX Worries & many more will be performing at The Empire Control Room & Garage.  For more info: http://www.stonesthrow.com/news/2016/03/sxsw-2016

On Wednesday, March 4th, the duo known as Tuxedo aka Mayer Hawthorne & Jake One will be having their official Album Release Party at The Regent in Downtown Los Angeles. Also making an appearance is Stones Throw head honcho, Peanut Butter Wolf. If you want to hear those fonk & boogie grooves, this is the event you don’t want to miss!

Also, as a teaser for the new Tuxedo album coming out on Stones Throw Records, the mysterious musical icon, Flaunt Edwards does a special edit of Tuxedo’s “Do It”….perfect for the dance floor. Don’t Sleep!

A few days ago, the Funky President was on 89.9FM KCRW‘s own Anthony Valdez‘s Radio Show to promote the upcoming Ultimate Breaks & Beats show w/ Biz Markie, Breakbeat Lou, & Peanut Butter Wolf at the Echoplex on Sunday, November 23rd. J breaks down his growing up in the OC & becoming Djing. Speaking of PB Wolf, he makes an appearance on the show. Peep out J’s interview below and the exclusive mix here. 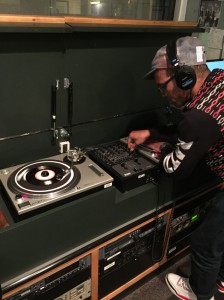 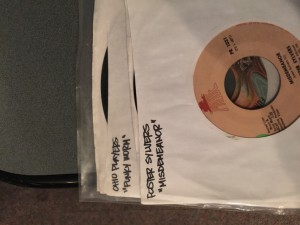 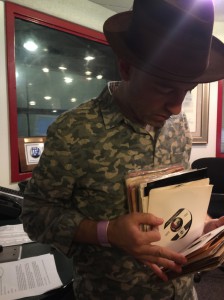 What’s up folks….I’m back with another installment of “Throwback Thursdays”.

Today’s installment is the official video of J.Rocc‘s single “Stay Fresh”, off his solo debut album “Some Cold Rock Stuf” on Stones Throw Records.  This video was shot by Mayer Hawthorne while him, J, & Peanut Butter Wolf were touring Japan (a few months after the 2011 Japan Earthquake & Tsunami). Special cameo by the King Of Diggin, Dj Muro.

The Funky President has been busy in the lab cooking up some goodies. Stay tuned for the Axel F album with M.E.D. in November as well as a special Beat Tape coming out on Stones Throw at the end of the year…..

But for the meantime, enjoy the throwback video (from a few years ago….)