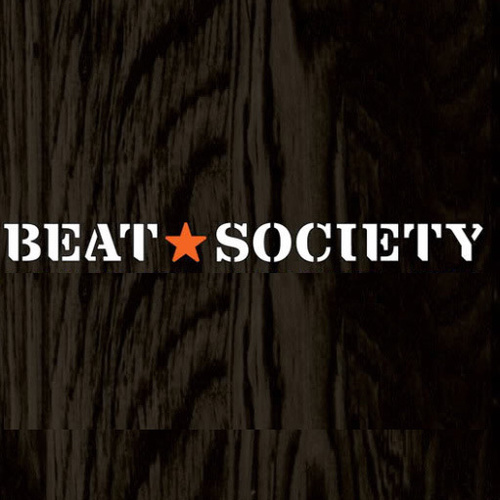 It’s been a hot minute since I posted up on the Beat Junkies Blog….

just recently found this live recording audio of when I participated in the Beat Society LA Showcase in 2004…listening to this recording had me buggin out and brought back memories. This featured beats by Jake One, Marco Polo, Kev Brown, & yours truly.

Let me backtrack a little…..Some of you might be familar with the Beat Society Producer Showcase, some of you might not. For me personally, this is the one that started it all with the producer showcase genre, in terms of having established & upcoming producers at that time. This showcase was the brainchild from Philly producer extraordinaire Hezekiah along with the help from the indy label Soulspazm. Beat Fanatic head honcho Slopfunkdust was also instrumental in connecting the dots. The event was always hosted by Stef Tataz & Sao. And almost every producer that had a name or just getting a buzz has graced the stage: Kanye West, Nottz, Illmind, Exile, 9th Wonder, B!nk, Oddisee, & many more.

The showcase event would always feature 4 producers playing their beats live off their respected machines, as well as having well known MCs rock over their production, plus a sample challenge round where each producer would have to flip a sample that the committee from the Beat Society has chosen…The event was mostly based in the East Coast, primarily Philidelphia.

In 2003, it was the first time that the Beat Society Showcase ventures out West, specificially Los Angeles at the Knitting Factory. There, they had Dj Khalil, Illmind, Hezekiah, & the Dilated Junkie himself, Dj Babu. I had the honor of spinning music in between. What was also monumental, Dilla & Madlib were in the house chillin in the background peepin out the event.

In 2004, they had another Beat Society LA showcase (again at the Knitting factory), but this time, they asked me to participate as a producer. I was very honored, and to tell you the truth, I was hella nervous. “Why?” you ask? Well, I had to share the stage with some of my favorite producers who happen to be also my friends: Jake One, Marco Polo, & Kev Brown. To be on the same stage as these heavyweights had me shook….haha! I had alot of pressure, (1) because I was repping the hometown and didn’t want to let Los Angeles down and (2) the general public didn’t really know me as a producer; I was known more for being a DJ/Turntablist and I wanted to showcase my production to the public.

When you listen to the audio, you can hear each producer’s individual style and what equipment they were using: Jake had the ASR-10, Marco Polo & Kev Brown had the MPC 2000XL, & me…I had the MPC2000 & the Technics 1200 (yeah, I brought my set up at that time…lol). You can tell I was really nervous…haha. Also, when you listen to the audio, you might be familiar with some of the production that we played that night, especially Jake’s production of De La Soul‘s “Rock KoKane Flow” & WWE’s John Cena‘s wrestling intro song “The Time Is Now”. I played beats that would eventually make onto the Visionaries‘ 4th album “We Are The Ones”.

All in all, I had a great time sharing the stages with these guys, bonding & cracking jokes, & showcasing my beats. And it was a great feeling when my peers who I am a fan of their work gave me my props as a producer that night….that meant alot to me. I am honored to be featured & be part of this historic moment of the Beat Society history.