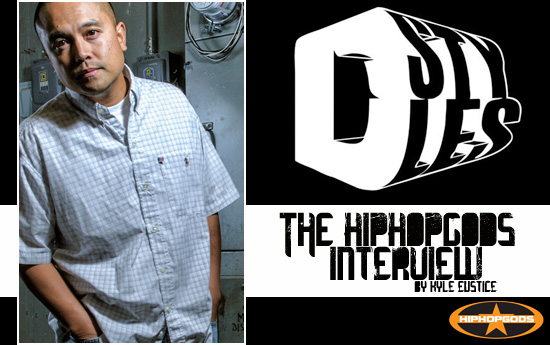 Our very own “Scratch Scientist”, the one & only D-Styles gets interview by the legendary Chuck D‘s own “HipHopGods” website. Peep some of the interview below & then read the rest of the interview here: http://hiphopgods.rapstation.com/news/d.styles.interview

Did you have anyone you looked up to as a kid as far as music went?

My neighbor John. He was a little older and had a DJ set-up also. He would show me all the records and how DJs were mixing and scratching. John’s best friend back then was this guy Chris Cut who later changed his name to Peanut Butter Wolf. I went to school with Peanut Butter Wolf’s younger sister, Amy. So we would go to Amy’s house to hang out and whenever Peanut Butter Wolf wasn’t home, I would go through his records to see what he had. I used to write down artists and songs and then go to the record stores to find these songs [laughs].

What was the musical climate like in your household when you were growing up?

Growing up, my parents used to play a lot of the old fashioned stuff like ABBA and Disco stuff like Donna Summer. I had neighbors though that would bump Rick James and Sugar Hill Gang. We used to play basketball outside of their house and they would always have the boombox outside playing this stuff. So I got my early musical taste from those older cats.