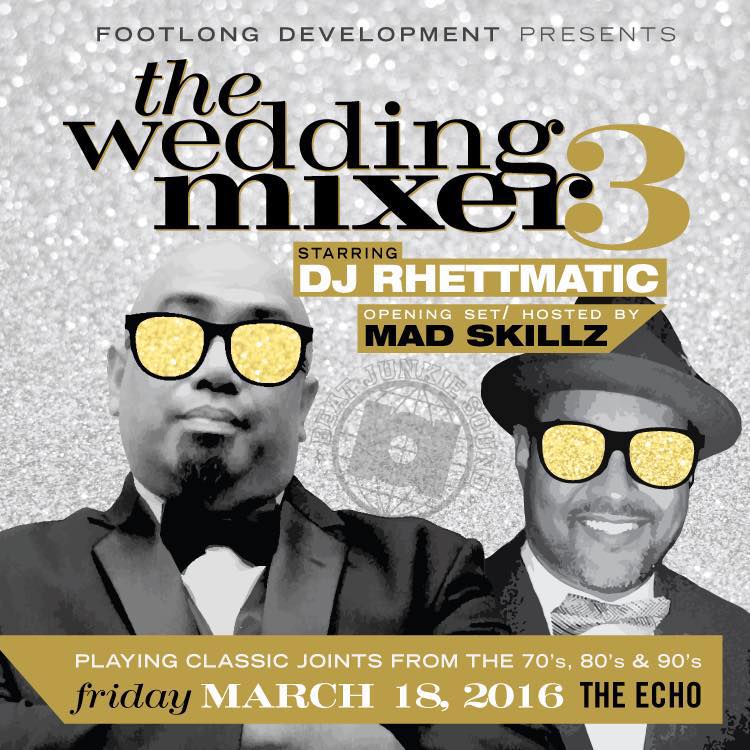 This Friday (March 18th), DJ Rhettmatic & Mad Skillz return with another epic edition of The Wedding Mixer, brought to you by Footlong Development!

What initially began as a request to DJ a wedding, then became a mixtape affectionately called the Wedding Mixer, has now become a party. Please join Rhett as lays down all the classic 70’s, 80’s & 90’s party joints on some “grown folk” steeze.. He’s intent on challenging himself to spin a set in the same vein as his Wedding Mixer mixtapes.  All happening at The Echo in Los Angeles.

Purchase presale tickets either at Amoeba Hollywood or www.footlongdevelopment.com