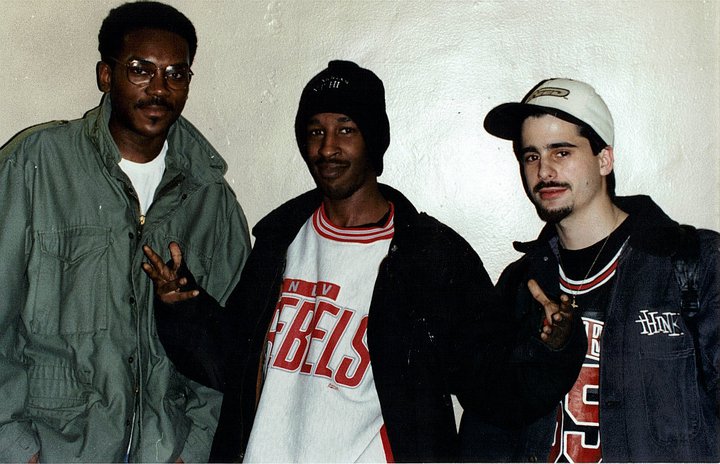 Welcome back to another installment of “Throwback Thursdays”……

Whenever scoping the web just looking for some classic vintage Dj Battles to post up for the Throwback segment, alot of the footage would bring back alot of memories for me coming up. Back in the days, there was no Youtube to watch old footage of Dj Battles……most of the time, it was either word of mouth, or a copy of a the recent DMC (Disco Mix Club) Dj Championship VHS Video Tapes (those were expensive; you would be considered to be lucky to obtain the “Holy Grail” tapes). You were also very fortunate if you were able to cop a bootleg VHS Video Tapes of New Music Seminar/Supermen – “Battle For World Supremecy” Dj Battles that you would borrow from a friend that he was lucky to get.

These particular footages brought back alot of memories for me. I remember watching the Dj Clark Kent‘s Supermen “Battle For World Supremcy” Dj Battles for the first on VHS at my man Dj G-Wiz‘s (Project Ill Brothers/Rock Steady Crew LA). The New Music Seminar threw the original battles & I remember watching those beforehand with Curse because he had a copy of a copy of a copy of the footage on tape, especially the Joe Cooley vs Dj Cash Money battle. Now this era was definitiely the ‘changing of the guards’. 1990 was the year that really started to usher the beginning of the “turntablist” movement, with Dj Steve Dee leading the way. 1991 is when the X-Men aka the X-Ecutioners were making their presence known. Q-Bert just got back from the 1991 DMC World Championships winning 2nd place but made his mark in the world. At the 1991 Battle For World Supremecy, it was these two individuals that I would remember watching that made me realize that it’s ‘time to step sh*t up!’.  It was the battle between the legendary Grandmaster Roc Raida (RIP) versus Boston’s own Dj Ninja B. This style of Dj Battles were way different than the DMC’s….it was a head to head competition, where you only get 60 seconds to get your sh*t off & impress the judges & crowd….and it was more intense! And the stuff that these guys were doing, they were introducing new styles into the Dj world.

What alot of people didn’t know that Ninja B was the inventor or the blueprint of the “Echo Scratch” or in his case, the “Echo Fade”, which is now been used alot in today’s techniques, and was mastered by Q-Bert & Mixmaster Mike, but Ninja B never got the recognition that he deserved.  I remember meeting him at the 1993 Superman Battle For World Supremecy in New York and telling him personally I was in awe of his skills.  It was the only time I’ve ever met him……I don’t think he would remember this if I met him again.

Anyways, watch the footage below and witness this classic battle, in which in my opinion, was one of the best head to head battle rounds that is ranked up there with the Joe Cooley/Cash Money, Aladdin/Miz, Francisco Zapatta/Steve Dee, Mixmaster Mike/Honda, Shortkut/Noise battles.

And to know more about Dj Ninja B, check out this great interview conducted by our homie, the one & only Rob Swift of the X-Ecutioners: http://www.djrobswift.com/2013/06/04/table-talk-with-ninja-b/

Ninja B vs. Roc Raida – 1991 Superman Battle For World Supremecy

Roc Raida vs. Ninja B – 1992 Superman Battle For World Supremcy