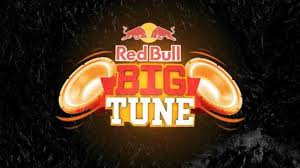 What’s up folks…..yup, you guessed it, I got another video for Throwback Thursdays.  This particular video is a little different from the previous vintage Dj Battle footages.

This is from the 2007 Redbull Big Tune Producers Battle – LA Finals taken place at the old Knitting Factory in Hollywood (If you know the history, this is the spot where we used to throw our classic “Nightlife” events at). For the most part, everyone knows that the Junkies are known for our Dj skills & our Battle Dj background, but not everyone knows that we are also producers and have been making beats & doing productions for quite a few Hip Hop artists.  This particular footage combines the best of both worlds…..battles & beats! The concept of the Big Tune Battle is to pit Producers against each other in a head to head elimination competition showcasing their beats/production and the winner of each round to be determined by crowd response & participation.  The competition was developed by producers Jake One, Vitamin D, & Music Industry vet Jonathan Moore.

What was cool about this particular competition, it featured new upcoming producers as well as the veteran producers to come with their “A” game, because it shows no matter what have you done before or who’ve you worked with, the bottom line is that you better come with that HEAT!  In this footage, in the finals, it came down to 2 talented individuals……the young gunner (at that time) that was starting to make his name around the industry circles, producer extraordinaire Swiff D (Pac Div, Jadakiss, Talib Kweli) & of course, the Dilated Junkie himself, our very own Dj Babu.  2 rounds each for the producers to come with the slaps & to be judged by the crowd.  Swiff D came with that fire, but Babs was in Battle Mode & also brought the heat!  I won’t say who won the LA Finals, but both of them went to USA Finals to represent Los Angeles.  I’ll let you guys be the judge.