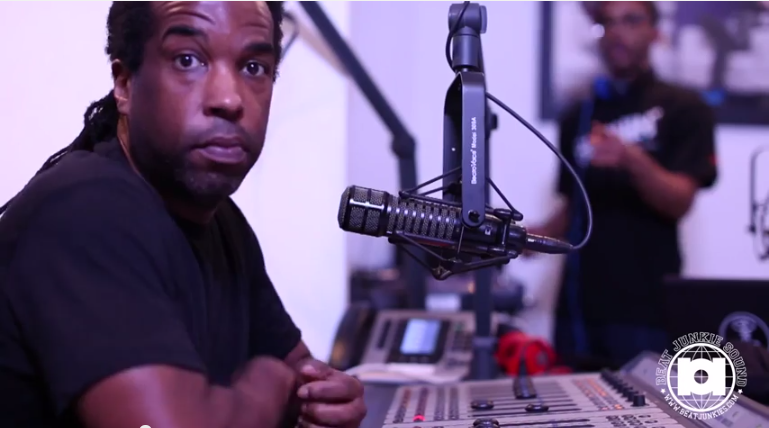 If you been following us for a hot minute, you would know that we have our very own radio station called Beat Junkie Radio on the Dash Radio App. And if you have been listening to our radio station, you would know that we have our own personal show called “Soundcheck”, which airs every 2nd Tuesdays from 7-10pm PST, and now also every 4th Tuesdays, the same time….so we will be going on every 2nd & 4th Tuesdays.

Our debut show was on February 10th and the crew was in full force (minus Shortkut). We also had special guests MED (Axel F/Stones Throw), Dilated Peoples, & LMNO (Visionaries) to come thru & celebrate with us for our 1st show. We have a video recap to see what was going on that night. To listen to the Soundcheck show as well as our station, make sure you download the FREE Dash Radio App on ITunes & Google Play & search for Beat Junkie Radio on the Dash App. Or you can listen to us on the web: www.dashradio.com & search for Beat Junkie Radio.